It was six years ago that I was saved during a freedom session with Oaks Rising. At that time, Oaks Rising was a ministry through a local church which I had heard about from a stranger at the park. This beautiful stranger had seen me with the love and compassion of Christ and shared her testimony with me, and I knew that I needed what she had. I needed Jesus. The Real Jesus. The Jesus of the Bible, who did miracles and changed lives. I was ready to do whatever that took.

And so, I went. While going through my freedom session, I had beautiful encounters with Jesus, whom I was seeking to find. Over the course of a few hours I was filled with His light, His love, and His Holy Spirit. I had no “church words” to explain what had taken place, or to describe the visions I had seen, or to explain the miracles that had taken place in my body. I just knew I had lost all hope, and all of a sudden, hope had found me.

As I embarked into the “real world”, post freedom session, to say that I was excited is an understatement. I wanted EVERYONE to know about the miraculous healing power of Jesus, and was excited that in His mercy and grace He had given me His Holy Spirit. I was inexperienced with scripture and church tactfulness and that was partnered with a life that still needed refinement. I began to tell everyone that I encountered that I was lost, but now I had been found.

I quickly joined that same local church and was in the building every chance that I could get. I was invited to share my unfiltered, unrehearsed testimony a few times, and then invited to join many ministry teams. I filled my weekends with children’s ministry, the host team, and the altar ministry. I joined small groups, and hosted them and was excited to be included, to be “used by God” . . . the way so many talked about.

Fast forward two years, and that once excited girl had been put through the ringer. I had been bruised and equivocally (and unintentionally) caused pain to others. I quickly learned that my instantaneous and immediate healing was offensive to those who had been so faithful, praying for years to be healed and had not received their answers. I learned that asking to pray for people in church caused a lot of tension, and that I needed to wait for someone to ask me to pray for them. My boldness and enthusiasm were off putting. I learned what to wear and not wear in a church building and that I needed to pray differently so that others would perceive me better. I learned the hard way that I did not have relational equity with people who I desperately wanted to be my friends.  I learned that the ministry that had helped to save my life was tarnished because some considered my story to be “bad fruit”. I learned about the rumors and I learned that it was hard to hold my head high day after day of walking into a building with people who barely tolerated me.  If being used was my goal, I accomplished it. I felt used, dirty, and wounded and I wanted to give up all over again.

But something happened when I no longer wanted to settle for being used. When I cried out to Jesus, and He once again was faithful to answer. When He spoke so gently and clearly to my heart that not everything that I would learn in this life was the Truth. Slowly, Jesus showed me His Truth and re-wrote this part of my story. He showed me that a good Husband does not use His bride at all. He cherishes Her, makes Her His partner, protects Her, serves Her, provides for Her, is jealous for Her. A Husband takes care of his beloved . . . never does He use Her. And this is what I was looking for all along. To be part of the Bride, celebrated and loved by my Husband, my sweet Jesus.

And so with the promise of an Eternal Husband who would never leave me, nor forsake me, I decided to stay put. It was lonely and painful. So many of the “friends” that I had were removed through different avenues, and it was just me and Jesus. Without needing to explain myself, I was released from serving in every capacity and sat alone in those pews as the deep healing began. Week after week, I could not tell you what songs were sung or what the messages were about. I could only sit alone, as tears streamed down my cheeks and God’s sweet glory burned away my need to be used.

Me and My Family 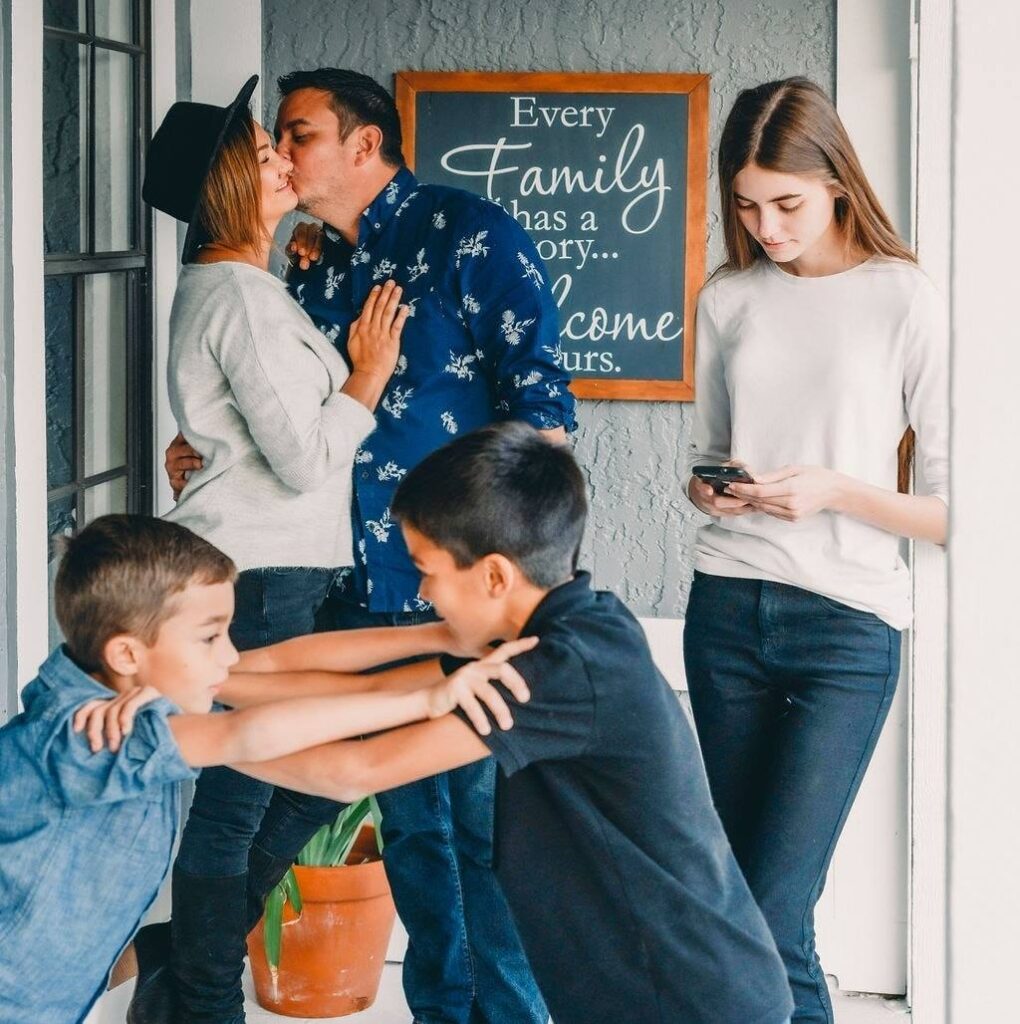 And just when I thought He had finished his work, he started to lavish me with gifts: a growing community with people who celebrate instead of tolerate, a beautiful homeschool journey with my children – creating a bond that is so much more than I could’ve imagined, growing emotional intimacy with my husband, and this space to share my story because I want to.

I don’t know if you’ve ever felt used by God, by his church, or by other people, but if you have, I would like to invite you to surrender the need to be used for the opportunity to be cherished. It is far better on this side of freedom.

With Blessings and Love,

Let’s Stay Connected. Sign up below to receive our weekly blog.

Click below if you’d like to learn more about how you can begin to Rewrite Your Story or schedule a Freedom Session to begin your own freedom journey.

1 thought on “Becoming the Beloved”