When you hear the word “religion”, what is your first reaction? In an earlier blog, I shared my religious upbringing- I grew up under two different affiliations: Christianity and Islam. My siblings and I mostly grew up believing in God, but didn’t dive deeper into relationship with Him; we didn’t even attend a place of worship. In my mind, religion was mostly about rules – a list of things we should or shouldn’t do in order to please a distant and demanding God.

In my personal experience, religion was never something that brought out the best in anyone. In fact, my perception was that it hurt… it hurt people badly. It came with division and secrets, and then some. I couldn’t understand why something that should be the BEST thing was, well, just not the best thing in our family.

What little I did learn about God was rooted in religion.

It seemed the more religious someone appeared to be, the more I felt unable to enter in relationship with them, authentically. In these situations, I felt like I had to put on a mask of perfectionism. It was hard to be the real me.

Because of religious expectations, I never felt good enough. I believed in God and that He was good, but I didn’t always believe He would show up for me. On one hand, I felt like He didn’t answer some of the deepest prayers and desires I wanted Him to.

On the other hand, everything felt like a rule, and the more of them I broke, the more I felt I wasn’t worthy of love. I placed myself in a hamster wheel, repeatedly trying to prove I was good and make up for mistakes of the past, yet no amount of works I did, or things I heard about God, drew me closer to understanding His love.

"You are way too hard on yourself"

I honestly believed God was just up there waiting for me to mess up. I believed this lie along with so many others:

“If I don’t get this right, He will punish me and take what I love away.”

“The reason I didn’t get this thing I wanted, is because I haven’t been doing enough to make God happy with me.”

I just knew I was constantly letting Him down. So, back on the hamster wheel I went. Eventually, my perception became: I can earn my worth through my own efforts.

I recall in college, I attended a church a couple times, but I still felt so much shame and unworthiness upon entering the door. At that time in my life, I was making decisions that, at the time, felt like freedom, yet I knew some of these didn’t abide by God’s rule book. I thought the rules were there because God was just this strict being whose ways were almost impossible to live by – no room left for feelings and fun. His ways felt constricting. Looking back, I would tell that younger version of myself that God didn’t want me to miss out on fun and freedom… He knew those things would later leave me feeling anything but happy. He just knows what’s best for my heart.

I didn’t look at Him like an all-loving, gracious Father. I looked at Him from the eyes of a little girl who so desperately just wanted to please her daddy, but would never be able to, due to the slightest wrong move.  So why even bother?

A friend of mine encouraged me to keep growing in my faith. I told her I just didn’t feel like I was worthy of entering a church or any religious place since I knew I was currently not living by “the rules”. Her response has replayed in my head many times over the last 15 years, “Not going to church because you aren’t perfect is like waiting to go to the hospital after your broken arm has healed.”

The pieces of guilt were slowly being chiseled away. Yet, there was still a lot buried in stone. Even though I felt more comfortable attending church, I was still very reserved about talking about God or anything I thought sounded religious. I even felt uncomfortable telling people “I’ll pray for you” because I didn’t want them to think I was religious and push them away.

At this point, I had no idea what it was like to really be in relationship with God. I thought everything I did had to follow a perfect system, like folding my hands to pray and using eloquent words. Growing up, I saw religion being used to manipulate and guilt trip people so much that it pushed them away from God, not anywhere closer to Him.

I knew I didn’t want to be part of that kind of system, but I had no idea I was clinging to fear and being religious myself while making those claims. 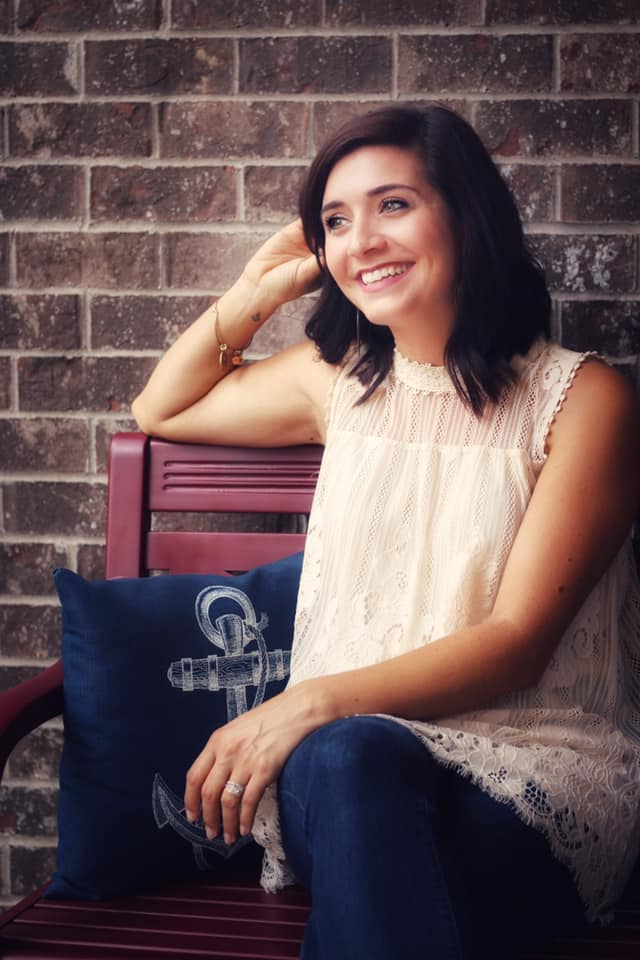 As I started to go through freedom sessions, I began to encounter God for myself. Not basing what I believed about Him from reading someone’s words or what I’d grown up hearing. Finally, my experiences with God were truly my own and I felt a closeness and realness I had never experienced. That stone-like guilt seemed to be crumbling more and more and I was no longer being consumed by shame, like I had been for so long.

I had no idea guilt was a byproduct of fear. This realization led me to the truth that guilt is actually not from God, nor a way to Him. The good news – I can simply BE loved and invite others into knowing Him simply through LOVE… not through guilt or fear or performance of any kind.

I don’t know what you’ve been through, what’s been spoken to you or about you, but I do want to share some good news with you: God is always ready for you with open arms.

I’ve been there. I’ve felt dirty. Ashamed. Unworthy. Made decisions I thought could not be undone. Yet I was actually the only one keeping myself from God’s love because He loved me in spite of my mistakes. I didn’t have to do a check-list of good works to make up for the withdrawals I made. God isn’t waiting to punish us- I believe He knows we do a good job of that ourselves. But, we don’t have to. The truth is, there is a better way to live.

When I enter into religion, I shame, I condemn, I guilt, I judge. All of these behaviors are done out of fear.

BUT when I enter relationship with God, I get to see the way He sees. I get to replace the foggy, judging filter of religion with a new clear, lens of love. This lens of love is a gift I can extend to others around me, and also to myself.

Imagine the power of shifting your perspective:

Where do we want to be looking?

Love is a person and He is seated high.

I invite you to look up friend.

Love is here for you.

With lots of love,

Let’s Stay Connected. Sign up below to receive our weekly blog.

Click below if you’d like to learn more about how you can begin to Rewrite Your Story or schedule a Freedom Session to begin your own freedom journey.